The Bush family welcomed President Trump to the recent memorial service in the Washington Cathedral and expressed desire for a non-divisive tone.  Their desire was not honored, however, at least not by the media.  Reporters could not resist treating the funeral like a TMZ production commenting on hand shakes and rebuffed looks.  Andrea Mitchell even complained about how Trump crossed his arms.  But the number one critique was of Trump’s silence during the reading of the Apostles’ Creed.  The man can’t even stand silently in a church without being mocked.

Faith Shaming has become a favorite sport for Trump critics.  You will remember the snickering when he called the sacrament a “little cracker” and the endless scorn over the infamous “Two Corinthians.”  And now a new round of sophomoric analysis.

USA Today headlined—“Trumps take heat for not reciting Apostles’ Creed at George H.W. Bush funeral.”  The fact checking site Snopes went to work on this earth-shaking story.  “We examined other broadcasts of the funeral to see if they captured President Trump reciting any part of the Apostle’s Creed. While we couldn’t find video capturing President Trump during the entirety of the creed recitation, we did find video from Time magazine showing him in the same posture … (silently holding his program at his waist) for about 15 seconds while others around him recited the statement of faith.”

Folks, I promise I am not making this up.

The Huffington Post chimed in with a piece titled “Every President Recited The Apostles’ Creed Except Trump, And People Definitely Noticed.”  Of course they noticed.  When people have an unhealthy fixation on someone, they notice just about everything.  Rush Limbaugh is right.  Donald Trump is living rent free in people’s heads.

One entertainer sarcastically tweeted out to Franklin Graham, “here’s your ‘evangelical president’ NOT reciting the Apostles’ Creed at the funeral of your father’s friend. Maybe he thinks it’s the name of the next movie with Stallone and Michael B. Jordan.”  And how the sophisticates laughed!

A progressive evangelical blogger got in on the fun.  “When …  Barack, Michelle, Bill, Hillary, Jimmy, and Rosalyn started reciting it, perhaps he thought the Apostles Creed was some kind of loyalty oath for the Democratic Party.”

Two of the blog’s readers failed to see the comedy and brought some level of thought to the conversation.  One wrote, “And why does anyone care whether or not he said it? People are using this as another excuse to bash him in the name of ‘Christianity.’”  Ouch!

Another noted, “I think Trump very smartly decided during his presidential campaign to win evangelicals not by pretending to be a pious evangelical (he didn’t need forgiveness, he said) but by taking their concerns seriously. So I don’t really think any evangelical voters care whether he can recite the Apostles Creed, which very few evangelicals would be overly familiar with anyway.” 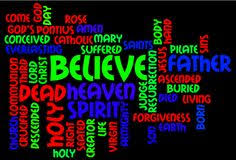 As for Trump, I don’t know why he decided not to participate in the reading.  Who knows and who cares?  Maybe he had a “Jeffersonian moment” and decided it was not appropriate in his official capacity to publicly recite such a defined Christian creed.  I suspect he simply was not familiar with the process and felt more comfortable remaining silent.  Regardless the reason, is this really news worthy?

I grew up in the evangelical Baptist South where we prided ourselves in having “no creed but the Bible.” I love the ancient creeds now, but the first time I ever remember reading or reciting one was in college.  Unfortunately, the broader evangelical church rarely uses creeds in worship.  I would guess that 90% of all American evangelicals (progressive or otherwise) would have trouble identifying any of the great creeds of Christendom.  In other words, Trump is not alone—a lesson still not learned by the ever-growing irrelevant Left.

Sara Posner got it right.  “Just as Trump appeals to voters who are tired of politicians-as-usual, he appeals to voters weary of theo-politicking as usual. No more false piety.”  As much as some may cringe and even scorn Trump’s unfamiliarity with Christian shibboleths and his awkwardness in religious settings, I strangely appreciate him for not trying to put on a mask of spirituality to impress others.  That kind of authenticity, even if uninformed and sometimes crass, reverberates with common people in a way moralist elites will never understand.

It is one thing to be a nitpicker waiting for someone to slip-up.  It is another thing to use the sacred as an instrument of shame.  In the end, faith shaming comes from the same putrid well as body shaming, bullying, and racism.  All are byproducts of a deep seated arrogant superiority driven by an insatiable desire to sit in judgment over others—a tendency we all sadly possess.

…I strangely appreciate him for not trying to put on a mask of spirituality to impress others.  That kind of authenticity, even if uninformed and sometimes crass, reverberates with common people in a way moralist elites will never understand.

Maybe we need the same refresher Ezekiel gave the priests of Israel—“And they shall teach my people the difference between the holy and profane” (Ezekiel 44:23 KJV), or the warning from Solomon that “those who make fun of others will be judged” (Proverbs 19:29 NIRV).  I suspect we all need to heed Paul’s admonition to avoid “corrupting talk” and speak “only such as is good for building up, as fits the occasion, that it may give grace to those who hear” (Ephesians 4:29 ESV).

In the end, faith shaming comes from the same putrid well as body shaming, bullying, and racism.  All are byproducts of a deep seated arrogant superiority driven by an insatiable desire to sit in judgment over others—a tendency we all sadly possess.

Did all of the memorial attendees who affirmed those ancient tenets mean them?  Do they believe Christ was literally “conceived by the Holy Spirit” and literally “born of the Virgin Mary,” and that a resurrected Christ will return as the literal Sovereign over heaven and earth “to judge the quick and the dead”?  I wonder how many in that room repeated those words, like Rupert in Hitchcock’s Rope, “for sound rather than meaning.”

What God thinks of that is another matter altogether. 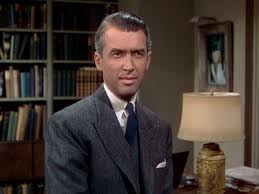 View all posts by Samuel Smith